How to Avoid Receiving Letters From the IRS 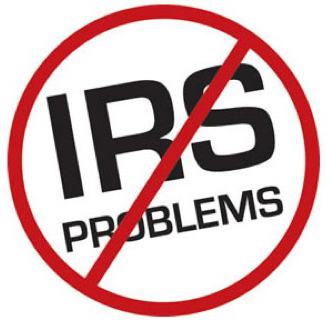 Every year the IRS issues millions of tax bills for items of income not reported on tax returns.  For example, if a taxpayer received a pension distribution during the year, but did not report the distribution as income, the IRS sends a bill for the taxes on the unreported income.

Few items of income escape IRS scrutiny anymore.  Back in the 1990’s, the IRS did little in the way of matching income from tax returns to the electronic data they received from employers, brokerages, and other sources.  They essentially accepted the returns as they were filed.

Around 2006, the IRS began an aggressive electronic program to match taxpayer reported income to the IRS electronic records, and every year they electronically match more types of income.

By 2019, most types of income were traced from the IRS electronic records to tax returns.  The IRS matches 1099’s of all types –  W-2 forms and K-1 forms in some instances.  If you fail to report income from one of these forms, the IRS will send you a tax bill.  No inquiry will happen first – only a tax bill.

However, not all tax bills are correct.  Many mistakes are made on the various forms filed with the IRS.  For example, one client received a 1099-MISC form that was overstated by $500,000.  Our client was two weeks from tax court before we got the IRS to accept a correction.  These are the sorts of problems you may face if you get on the IRS mailing list.

Tax forms begin arriving in January for the prior year.  Put anything marked “important tax information” into a folder.  Scanning is even better.  While many of these items may seem like craftily worded junk – don’t worry. Bring them to Stitely & Karstetter, and we’ll sort them out.

Make it a practice to scan all of your tax documents the same day they arrive in the mail.  No one wants their tax forms to get moved or misplaced while sitting on the kitchen counter.

The stakes are high.  Getting a letter from the IRS means a few frustrating months trying to resolve the issue.  The IRS is in crisis right now.  With current staffing shortages, even simple requests take months to complete.

To stay off the IRS mailing list, be extra diligent in collecting all of your tax documents.  You’ll save hours of frustration and heartache.